As part of the program, a small Class II unmanned aerial vehicle (UAV) - developed by North Carolina-based VX Aerospace – would be packed into a cluster munition canister that would then eject from a “mothership” and fly a programmed route ahead of stand-off jammers and strike aircraft. The Dash X is a foldable Class II UAV - manufactured by VX Aerospace - that can loiter on targets for over 10 hours and carry electronic warfare payloads. (VX Aerospace) 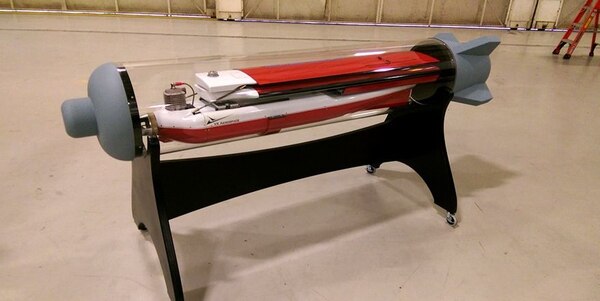 Northrop Grumman envisages its Remedy concept will utilise the Dash X in a wing-mounted container that will be released from a Super Hornet or Growler.
Нажмите для раскрытия...

The MALD-J version includes a jammer that brings forward deployable, close proximity to threat, airborne electronic warfare to the table. It can be incredibly effective as it zips near known anti-aircraft and radar-surveillance sites as well as communications nodes. It can be programmed to loiter over a particular area, jamming a certain target for an extended period of time.
Нажмите для раскрытия...

MALD-X enhances the modular nature of the mini cruise missile with the ability to accommodate different electronic warfare payloads that are more advanced than those found on MALD-J. What is planned to come out of MALD-X is a networked decoy that can use its adaptive electronic warfare payload to deliver electronic attacks on air defense nodes autonomously or at the direction of operators from a afar in a semi-autonomous fashion. These operators will likely end up being EA-18G Growler crews.

Considering this new MALD is networked, swarming and cooperative tactics among a group of MALD-Xs/MALD-Ns could work to achieve their full potential as a team. This includes classifying, prioritizing, and delegating jamming and decoy duties on the fly during their relatively short lifespan. By working together autonomously they can act at speeds that can break the enemy's decision cycle and cripple their ability to respond fast enough to impact what's going on in the battle-space.

So even at hundreds of thousands of dollars a pop, these sacrificial craft will be absolutely essential when it comes to breaking down the enemy's door, or at least confusing its gatekeepers long enough so that a strike package can deal their damning blows.
http://thedrive.com/the-war-zone/23126/recent-mald-x-advanced-air-launched-decoy-test-is-a-much-bigger-deal-than-it-sounds-like
Нажмите для раскрытия...

Science Technology company with partners from South Korea, USA, and Ukraine is launching the program that will use the latest technologies and combat experience to develop a new unmanned aerial platform that can carry up tons of weapons.
Нажмите для раскрытия...