The new Spike ER2 retains the same weight, airframe, surface geometries, and propulsion unit as the Spike ER, but features a significant range enhancement and other capability augmentations.

The introduction of a new real-time lightweight radio frequency (RF) wireless two-way datalink, combined with adjustments to the missile’s software, is designed to optimise the energetics/trajectory of the missile to achieve a stand-off range of 16 km from rotary platforms. “The 8 km fibre-optic datalink was a limitation in the sense that once the fibre-optic spool was expended, the ER became a fire-and-forget missile,” Gal Papier, marketing manager, Precision Tactical Weapons Systems at Rafael Advanced Defence Systems, told Jane’s . “With the new RF datalink we retain the fire-and-observe function, with real-time datalink imagery from the seeker now received from out to 16 km.” Rafael will also offer the ER2 with an extended fibre-optic datalink data naval- and surface-launched applications to engage targets at ranges out to 10 km.
Нажмите для раскрытия... The German army has issued a tender for the "Leichtes Wirkmittel 1800+" for the special forces. It shall be a lightweight fire-and-forget ATGM with multi-purpose warhead. Currently MBDA's Enforcer and Spike-SR are confirmed competitors. 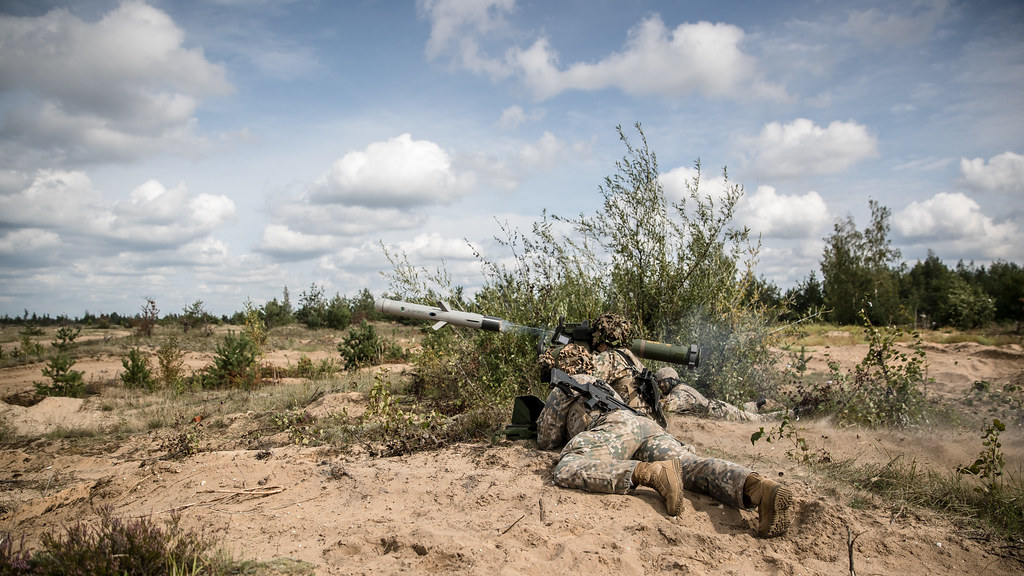