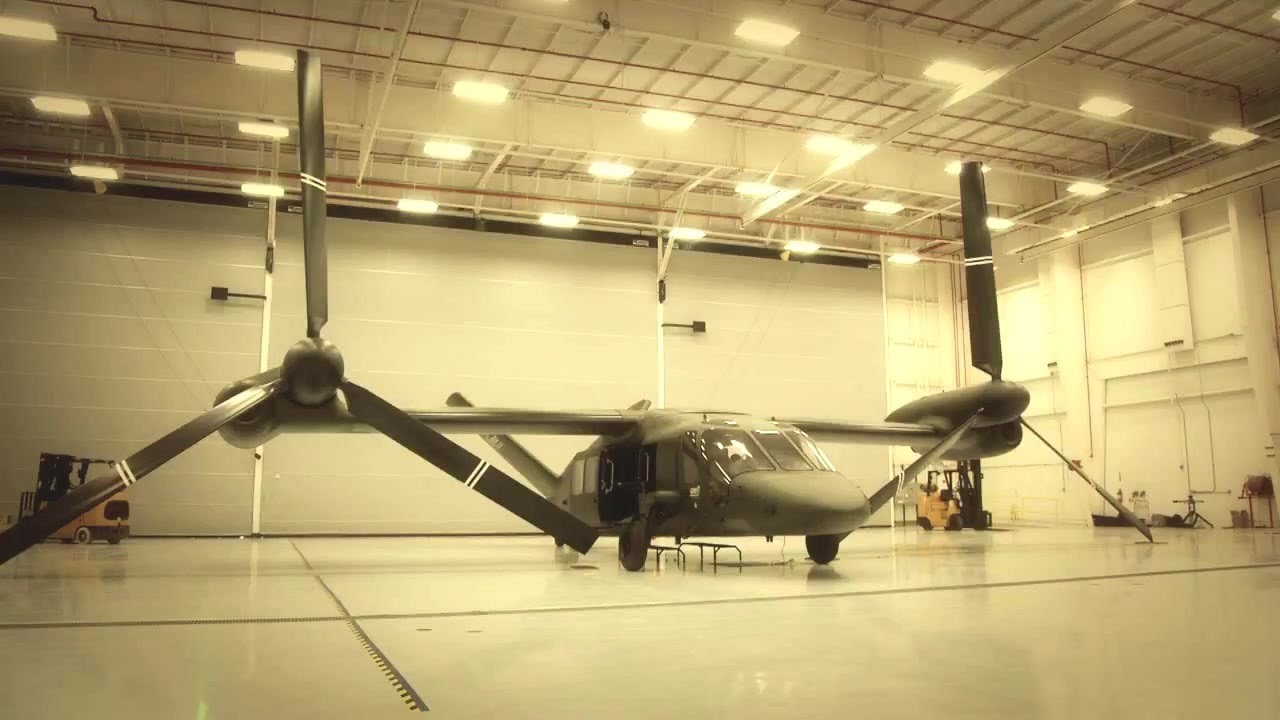 Israel Aerospace Industries (IAI, Tel Aviv, Israel) is supplying hardware which Bell is using to build the nacelles in its Amarillo plant. On the V-280, only the prop rotor gearbox rotates and the engine stays horizontal. Flail says the nacelles were a challenge because, due to design changes, they were the last to mature, yet needed to be the first released for fabrication. Bell’s press release cited IAI’s use of advanced automation technologies enabling cost reduction as key to overall V-280 team performance.

Sikorsky Reports Progress With Demonstrators
by Thierry Dubois - February 29, 2016, 10:30 AM


Sikorsky is pressing ahead with testing of the S-97 Raider semi-compound prototype and, as part of the Matrix autonomy demonstration program, two optionally piloted aircraft: a modified S-76 and a modified UH-60A.

Since its first flight in May last year, the S-97 has performed “a number of flights,” including one on February 4. The airframer has been reviewing flight-test data. These help engineers analyze hover and low-speed handling qualities, flight control responsiveness and propeller operational characteristics. Fly-by-wire flight control software has been evaluated, too.

The aircraft continues to perform “consistently with flight characteristics demonstrated in our Systems Integration Lab and flight simulator,” a spokesperson told AIN.

Sikorsky is planning up to 60 hours of flight tests on the aircraft for 2016. It will thus expand the speed and maneuverability envelope. Endurance trials of the transmission system continue on a test bed.

The S-97 combines two rigid coaxial, counter-rotating rotors and a pusher propeller to achieve speeds unattainable with a conventional rotorcraft. The company sees commercial applications, such as search-and-rescue, EMS and VIP transport. However, military applications will likely come first.

Last year, the Sikorsky Autonomy Research Aircraft (SARA) set several milestones, the spokesperson said, including being controlled remotely from a hand-held tablet. It autonomously flew an approach to a moving towed barge. Since 2013, SARA has flown more than 100 hours as part of the Matrix program.

In 2015, Darpa selected Sikorsky for the “aircrew labor in-cockpit automation system” (ALIAS) program. It seeks to design advanced flight control systems that will reduce pilot workload by providing varying levels of autonomy to the aircraft. As part of the ALIAS program, Matrix technology needs to be installed on a current military helicopter, and Sikorsky purchased a UH-60A that will be rebuilt as an optionally piloted demonstration platform.
Нажмите для раскрытия...

...The Army is shooting for a low-rate production goal to build a Future Vertical Lift (FVL) aircraft by 2030 and believes it could potentially shorten that timeline. The service has taken receipt of analysis by both a Boeing-Sikorsky team and Bell that show how it’s possible to get a new aircraft faster.

Boeing and Sikorsky will fly their SB-1 Defiant coaxial demonstrator while Bell will fly its V-280 Valor tiltrotor in 2017 as part of what the Army is calling the Joint Multi-Role technology demonstration (JMR-TD) ahead of an FVL program of record.

Army leaders and analysts have been skeptical of a shorter timeline, estimating the service likely won’t see a new helicopter come online until 2040 or even 2045...

...Bell is estimating its air vehicle would be ready to go into the engineering and manufacturing development phase by 2020, Chris Gehler, the company’s director of global business development for advanced tiltrotor systems, told a few reporters Sept. 14.

...while the Army plans to have FVL ready for production by 2029, Bell has presented a plan to the Army to accelerate that to 2024.

"Bell doesn’t think it’s unnecessarily rushing to field a future helicopter, but “we would rather not see a gap between JMR and a program...

“We focused on materials, techniques in manufacturing that could eliminate cost,” Gehler said. “not as sexy but it has actual real payoff for the customer.”

The team will install gear boxes and engines later in November. In February, final assembly will occur and by April, Bell will begin ground run testing in preparation for its first flight series in the summer.

According to Sikorsky spokeswoman Jess Smith, the team completed ground testing of several major sub-components at supplier facilities and that testing will continue throughout 2016 and 2017 ahead of Defiant’s first flight.

The team has an operational Systems Integration Lab in Stratford, Connecticut, that is validating the system and software and a Propulsion System Test Bed under construction at its West Palm Beach, Florida, Development Flight Center currently validating mechanical systems.
Нажмите для раскрытия...

Just saw the V-280 mock-up on display, and noticed a couple of things.
The most obvious was the @#$%ing huge display screen that covers the entire width of the dash board. It's seamless, but I wouldn't be surprised if it was three or four separate screens in the same way that the F-35 touch screen is two.
The nacelle design has changed, and there seems to be a filter set up and something like a butterfly valve to block the intake -- maybe so the engines can idle safely in dusty landing zones.
There are now also a bunch of images of naval variants with wings that rotate like the Osprey's and either inverted or folding stablilators.
They are advertising a "smart gun" and "smart ammo" instead of a chin turret.
Нажмите для раскрытия...

The US Army has issued a request for information (RFI) for a Future Long-Range Assault Aircraft (FLRAA) to enter service in 2030.
The RFI, released on 4 April, covers the Sikorsky UH-60 Black Hawk and Boeing AH-64 Apache-replacement that was previously known as Capability (Cap) Set 3 (Assault)/Future Vertical Lift (FVL)-Medium.
As noted in the solicitation, the FLRAA performance parameters broadly mirror those of Cap Set 3 (Assault)/FVL-Medium, for which the Joint MultiRole - Technology Demonstrator (JMR-TD) programme has seen Bell develop the V-280 Valor tiltrotor and Boeing-Sikorsky the SB>1 Defiant co-axial compound helicopter.
While the FLRAA effort will be led by the US Army, the US Special Operations Command (USSOCOM) and the US Marine Corps (USMC) will look to follow with their own procurements approximately two years after the army. FLRAA mission sets will include utility, transport, troop insertion and exfiltration, close air support, medical evacuation, and V-22 tiltrotor escort.
Specifications laid out by the army include a hover-out-of-ground-effect (HOGE) at 6,000 ft and 95°F (the army's 6K/95 benchmark) at combat radius and with a mission payload; an unrefuelled combat radius of 170-229 n miles, with 30-minute loiter; a maximum continuous cruise speed of 230-270 kt with full payload; an internal payload of 3,500-4,000 lb; an external payload of 6,000-8,000 lb; capacity for 10-12 passengers; to self-deploy 2,100 n miles without refuelling and with a rolling take-off; interoperability for joint operations; the ability to operate for up to 30 days without external support, in-flight refuelling receiver and donor; an operational readiness-rate in excess of 90%; commonality with other FVL-family aircraft; and survivability.
Нажмите для раскрытия...