US Army Green Beret conducts a live fire test with a captured Viet Cong WW2 era German made FG-42 Falshimjager Gewehr that was previously captured by the Soviets which in turn was send over to North Vietnam as military aid during the conflict sometimes in the late 1950s; location unknown, mid 1960s
Нажмите для раскрытия... 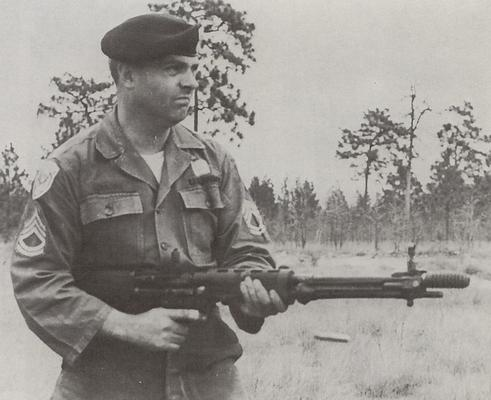 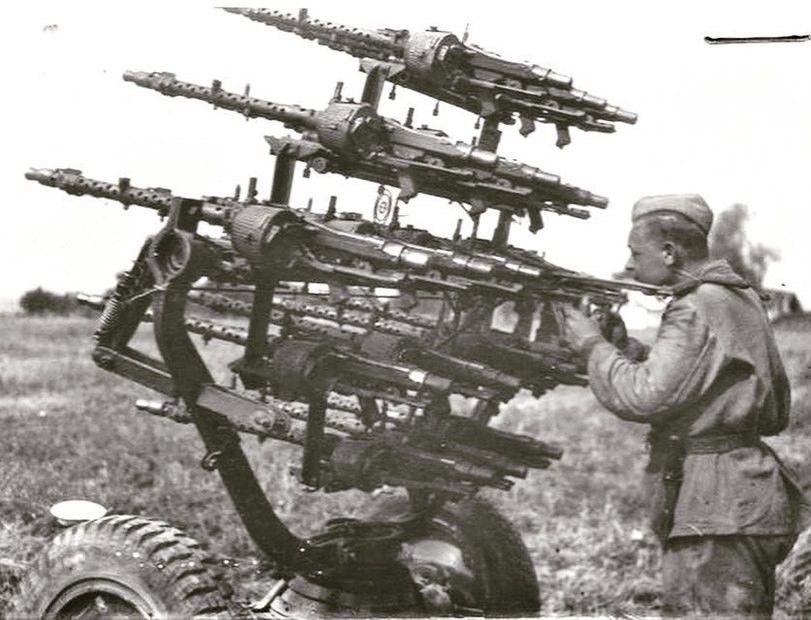 The M27 was initially adopted in 2011 in replacement of the M249 SAW. The M249 was relegated to the company weapons platoon. Each rifle company maintains a stock of 6 M249s, which would be enough to equip each platoon with 2 M249s. The rationale - aside from possibly being a Trojan horse to fast track the adoption of a new service rifle - is that precise fire from a lighter (less fatiguing) automatic rifle offsets the volume of fire offered by a belt-fed light machine gun like the M249 as far as suppression is concerned. Although the Army has chosen not to adopt the M27 in a similar role, the weight of the M249 is an issue to them as well, as they are currently testing a lighter SAW chambered in a caseless 6.8mm round. However, with the M27's initial adoption as an M249 replacement, it was merely a one-for-one replacement with no structural change. It was announced in late 2017 that the M27 would be replacing the M4 as the standard service weapon for the infantry, and the organizational changes detailed herein were announced in 2018. All squad members armed with the same weapon mirrors the Marine Corps' situation in the later half of Vietnam, where all members of the squad (with the exception of the M79 grenadier) were armed with the M16A1.

As with the Marine rifle squad organization during Vietnam, the automatic rifleman is armed with the same rifle as everyone else. The automatic rifleman is differentiated mostly by being designated to use automatic fire and carrying more ammunition. The standard ammunition carriage is 1,980 rounds specifically for the automatic rifleman split across 22 30-round magazines, although 40-round and 60-round magazines are being tested. This compares to the typical 3 200-round belts, or 1,800 rounds per fire team, that were standard with the M249 (depending on the mission). However, one key difference is that the M27 IAR is better equipped for automatic fire than the M16A1 was. The potential flexibility in having any squad/fire member being able to provide automatic fire, trade off when the automatic rifleman is reloading, and not having all of the team's automatic fire capacity concentrated in one SAW gunner could be possible advantages that offset the loss of the volume of sustained fire that a belt-fed M249 offered. Additionally, credence has been given to the concept of precision over volume in regard to suppression. The M27 IAR is a far more accurate weapon than the M249, as well as the M4, which plays into the Marine Corps' focus on marksmanship. This concept has not been accepted by the U.S. Army, however, as rather than adopting the M27 or a similar automatic rifle they are currently experimenting with light, belt-fed, cased telescoping ammunition light machine guns to replace the M249
Нажмите для раскрытия...

'Poduction is going into full speed, in six months you will start seeing this in the hands of the military'
Он хочет сказать, это будет на вооружении?

alexsmirnoff написал(а):
'Poduction is going into full speed, in six months you will start seeing this in the hands of the military'
Он хочет сказать, это будет на вооружении?
Нажмите для раскрытия...