To be honest, when I was offered the position of interim U.S. Co-Chair, I hesitated a bit at first. Why? Because within the State Department that position was not seen as particularly “career enhancing.” To be frank, it was usually occupied by a diplomat in “a parking position,” i.e., waiting for a promised full-scale ambassadorship to become available, or was filled by a soon-to-retire diplomat who needed a bit more time to fulfill the requirements for retirement. Nevertheless, I was intrigued by the opportunity to learn, on the ground, about an international issue to which I had paid scant attention in the past and to have the opportunity to travel into Nagorno-Karabkah itself, which is very rare for any American citizen. And so I said, “Sign me up!”

During the period that I served as the U.S. Co-Chair, Russian Foreign Minister Sergei Lavrov revealed his own plan to resolve the conflict, rather similar to the existing Madrid Principles, that immediately became known informally as the Lavrov Plan, even though we were cautioned to call it simply a “plan on the table.”
When the so-called Lavrov Plan was released, I asked my excellent colleague, the Russian Co-Chair Ambassador Popov, if the Kremlin would really agree to implement it, should Yerevan and Baku buckle and accept it. His candid reply? “Of course not.” More than anything else, this made clear to me that Nagorno-Karabakh is not just a bilateral problem between Armenia and Azerbaijan. In reality, it’s a trilateral issue with Russia playing a key, perhaps even decisive, role. 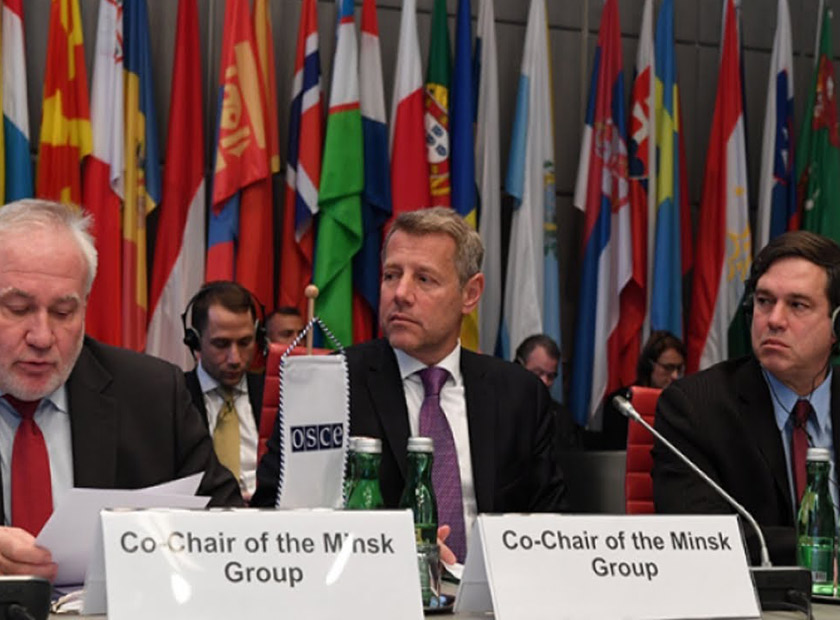 Does the Minsk Group Still Have a Role? - International Conflict Resolution Center

Is there still a role for the Organization for Security and Cooperation in Europe’s Minsk Group for Nagorno-Karabakh after the 2020 war between Armenia and Azerbaijan? This is the war that returned to Baku after 30 years seven Armenian-occupied territories and part of Nagorno-Karabakh itself...