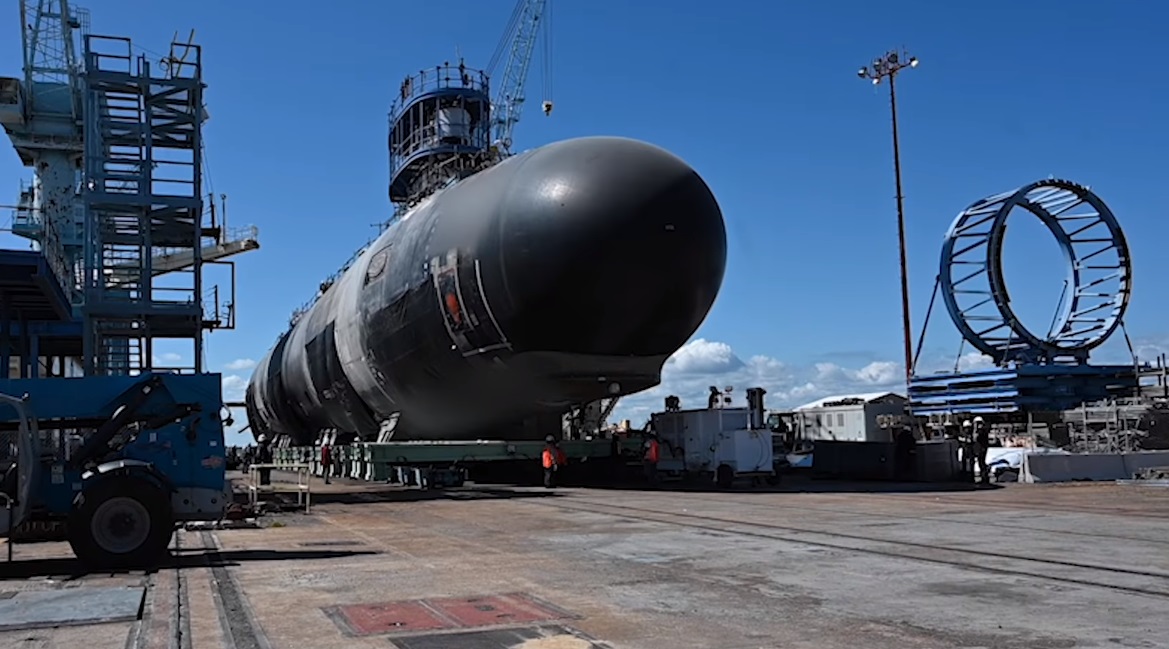 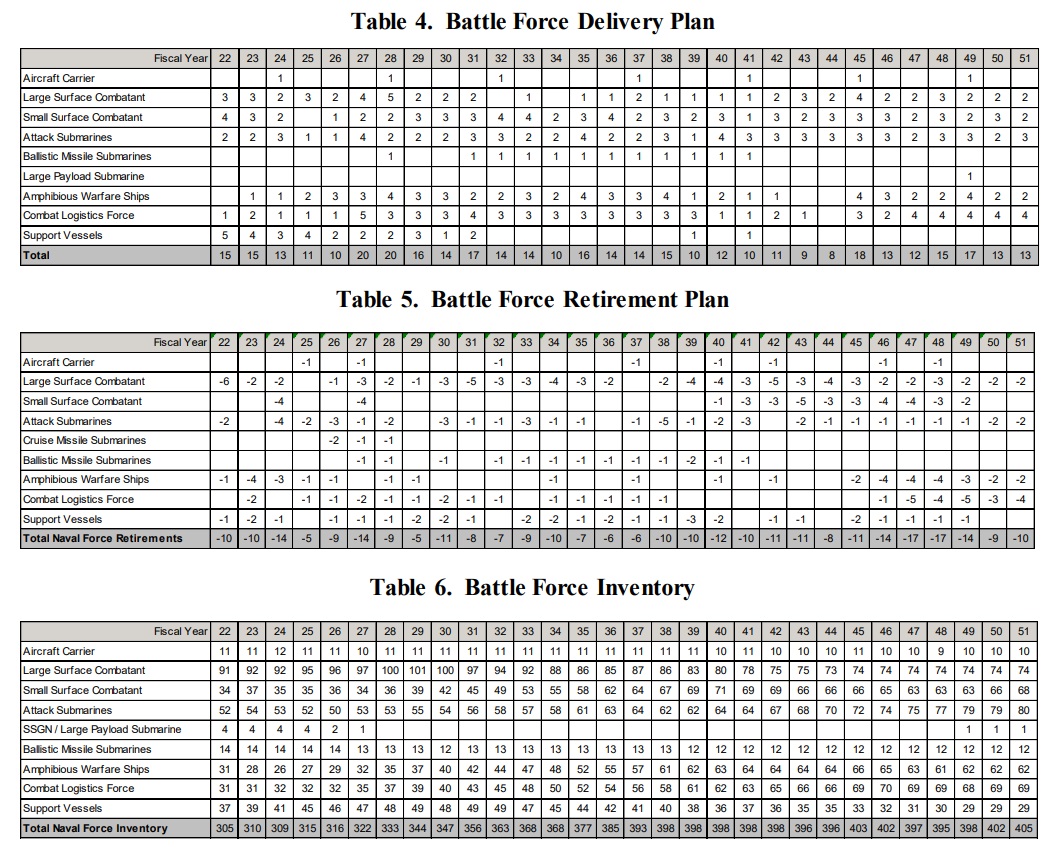 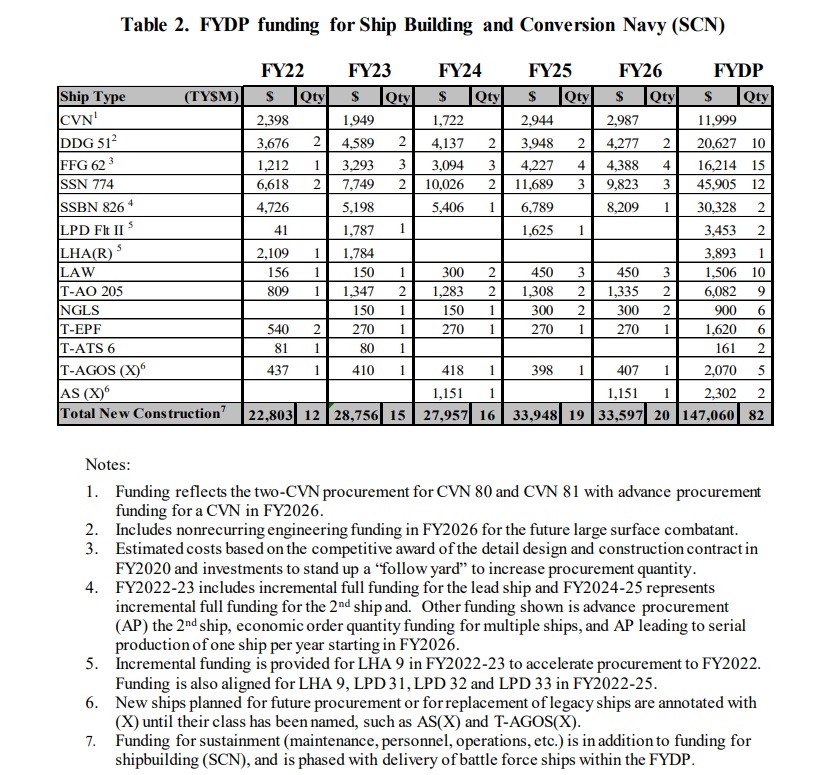 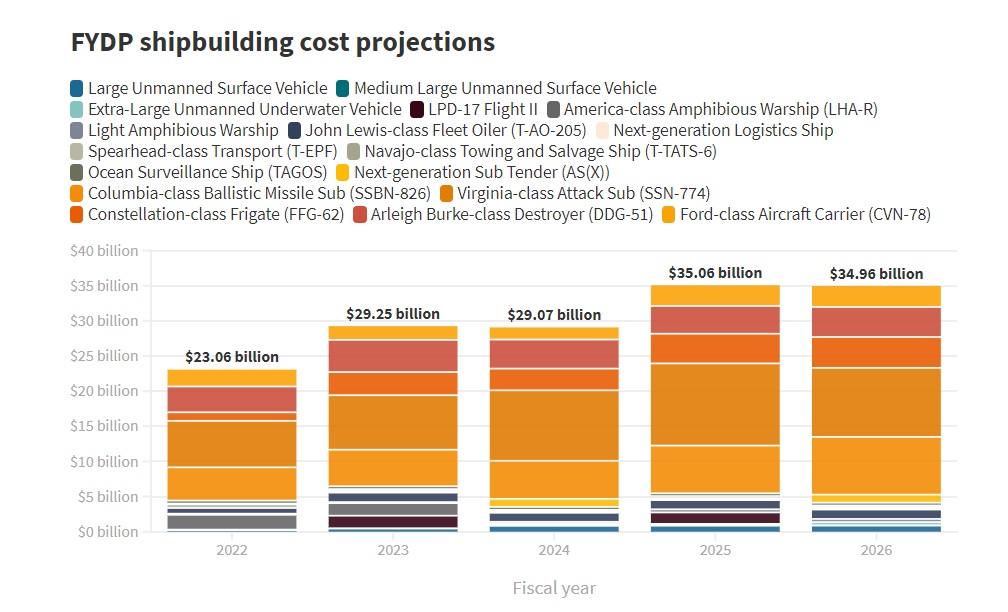 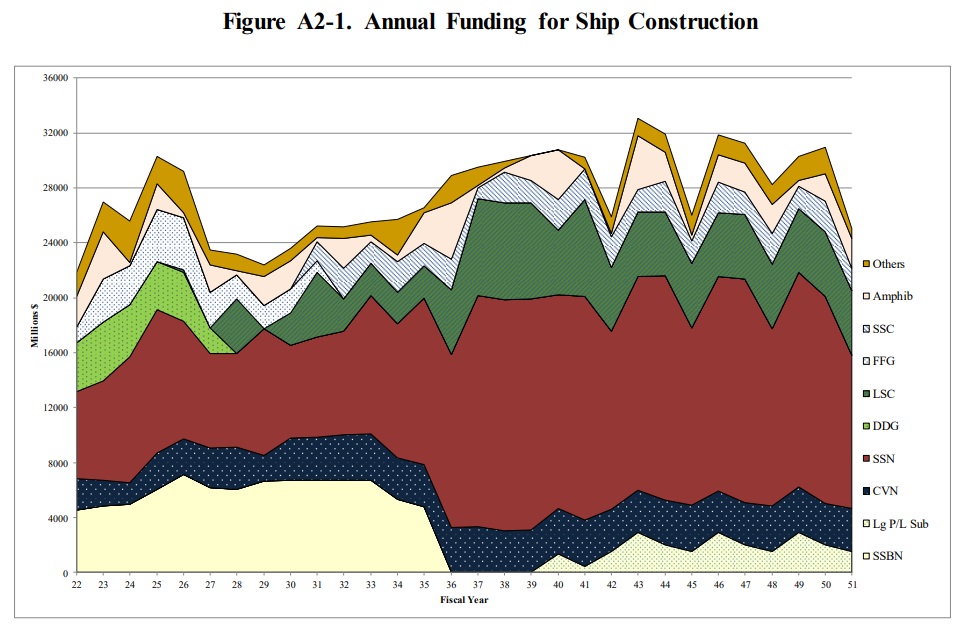 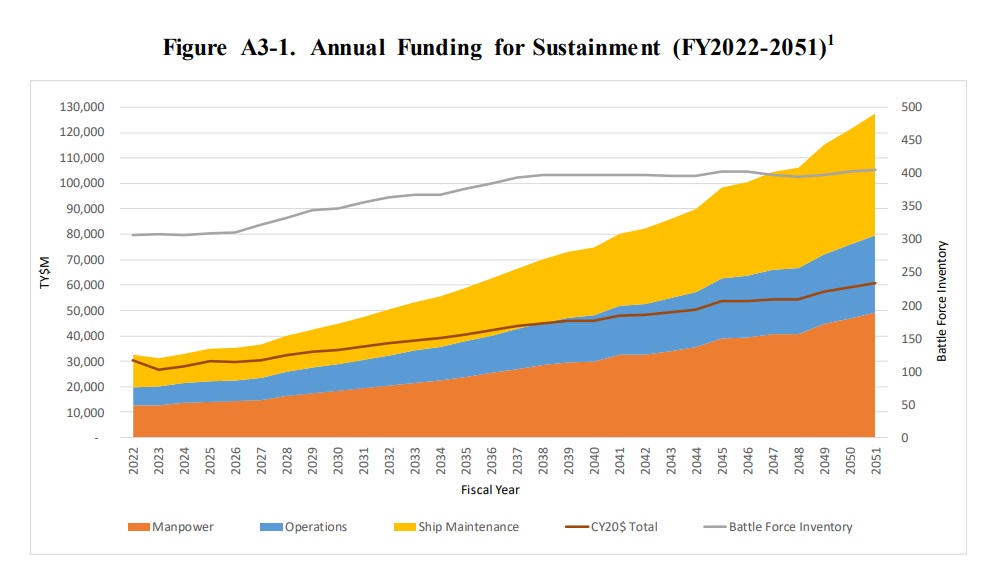 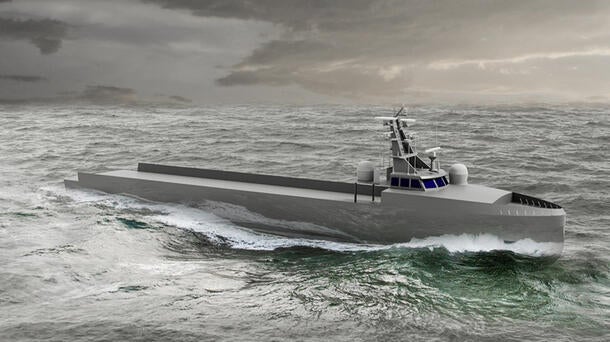 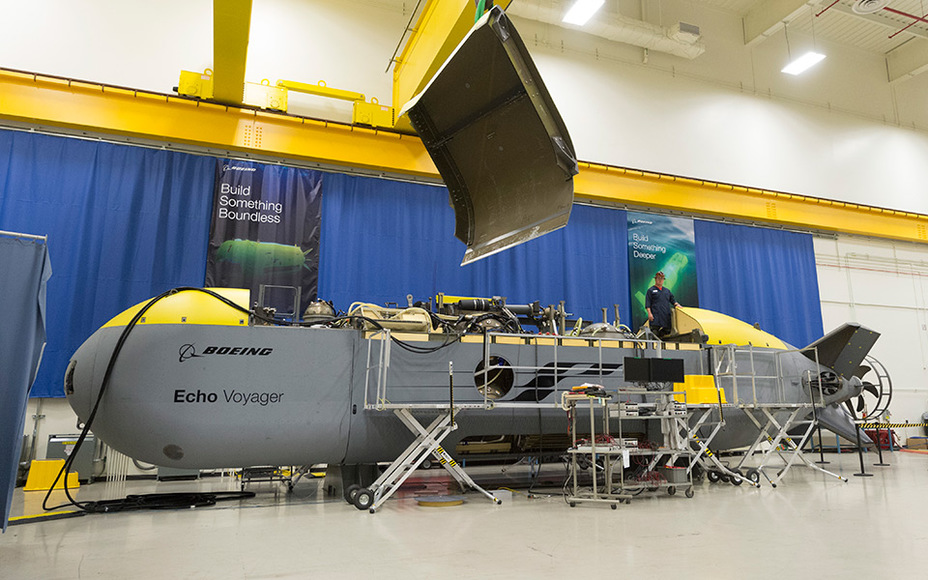 New Strategy Says U.S. Naval Forces Will Respond More Assertively To Chinese, Russian Aggression
A new tri-service naval strategy lays out how America's maritime forces will react in the future to altercations that are short of an actual war.

The U.S. Navy, Marine Corps, and Coast Guard have released a new, overarching tri-service strategy document for how they plan to project maritime power together going forward. The document focuses heavily on how the three services expect to fight on the high seas and adjacent areas on land. However, there is also a very important underlying discussion about adopting a more assertive approach to responding to day-to-day challenges, especially from China, and to a lesser extent, Russia, among other potential adversaries, that are short of a shooting war.
The three services unveiled their new "integrated" strategy, titled "Advantage at Sea: Prevailing with Integrated All-Domain Naval Power," on Dec. 17, 2020. The document includes discussions about of a number of concepts of operation that the trio has been openly discussing, such as a greater focus on distributed operations leveraging a dramatically reorganized Marine Corps riding on smaller amphibious warfare ships, the increased use of unmanned aircraft and naval platforms, and distributed sensor and communications networks. There is also a "renewed emphasis on fighting for and gaining sea control" in light of growing concerns about a potential higher-end future naval fight with a major adversary, such as China or Russia. 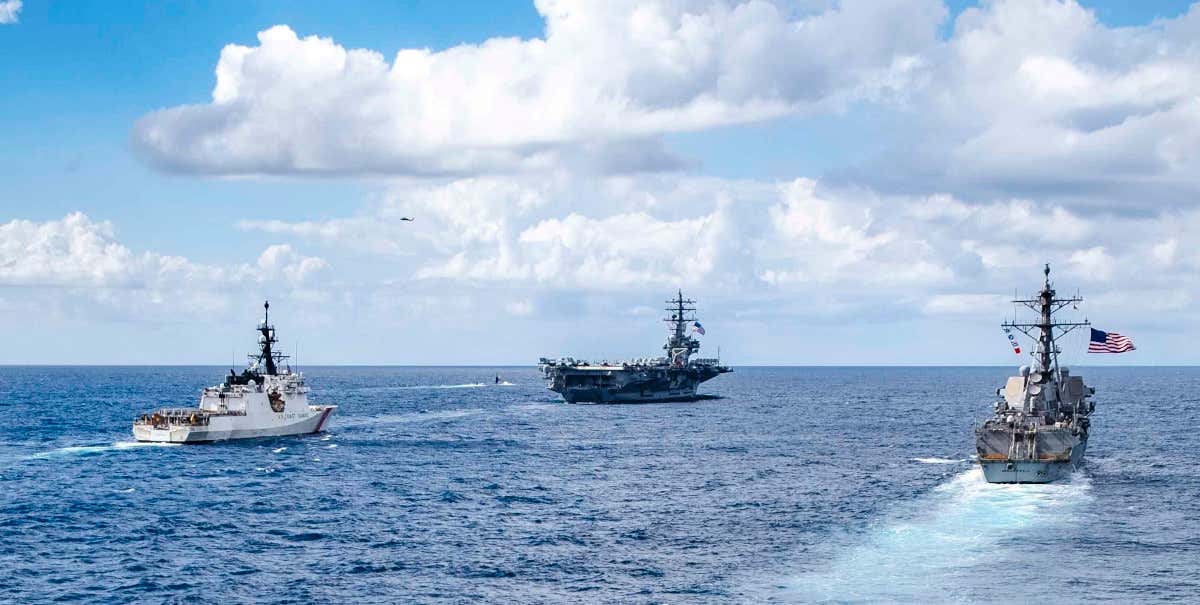 USN
The US Coast Guard's Legend class cutter USCGC Stratton, at left, sails alongside the US Navy's Nimitz class aircraft carrier USS Ronald Reagan and the Arleigh Burke class destroyer USS McCampbell during Exercise Talisman Saber off the coast of Australia in 2019.

"Significant technological developments and aggressive military modernization by our rivals are eroding our military advantages. The proliferation of long-range precision missiles means the United States can no longer presume unfettered access to the world’s oceans in times of conflict," the document's forward, attributed to the top uniformed officers of each service – Chief of Naval Operations Admiral Michael Gilday, Marine Corps Commandant General David Berger, and Coast Guard Commandant Admiral Karl Schultz – reads. "Our integrated Navy, Marine Corps, and Coast Guard must maintain clear-eyed resolve to compete with, deter, and, if necessary, defeat our adversaries while we accelerate development of a modernized, integrated all-domain naval force for the future."


The document, which you can read in full here, is clear cut in laying out a demand for America's "Naval Service" – defined in the glossary as "The Navy and the Marine Corps and the Coast Guard – to be properly equipped and otherwise prepared to deter, and if need be fight, a high-end opponent. At the same time, it highlights how these services can expect to experience greater aggression and other geopolitical friction that may not rise to the level of an actual conflict, nevertheless hostile actions that will need to be dissuaded.
Though it may seem at first glance to be talking about the potential for a future conflict with China and Russia, the second paragraph of the forward from Gilday, Berger, and Schultz lays out this reality up front and in no uncertain terms:

Since the beginning of the 21st century, our three Sea Services have watched with alarm the growing naval power of the People’s Republic of China and the increasingly aggressive behavior of the Russian Federation. Our globally deployed naval forces interact with Chinese and Russian warships and aircraft daily. We witness firsthand their increasing sophistication and growing aggressiveness. Optimism that China and Russia might become responsible leaders contributing to global security has given way to recognition that they are determined rivals. The People’s Republic of China represents the most pressing, long-term strategic threat.
Нажмите для раскрытия...

Just in the past few years, there has been a noticeable uptick in reported near collisions during aggressive encounters between U.S. Navy warships and their Chinese and Russian counterparts. China has also been accused of targeting U.S. military aircraft, as well as those of its allies and partners, in the Pacific Region, as well as the Horn of Africa, with lasers and electronic warfare jamming, non-lethal attacks that nonetheless present very real hazards.


In addition, the Chinese military, as well as its paramilitary maritime forces, has increasingly been challenging foreign commercial interests, and very aggressively so in many cases, in areas that the government in Beijing claims as its sovereign territory, including the bulk of the South China Sea. These incidents often impact the citizens of American allies and partners and have drawn rebukes from the U.S. government on multiple occasions. Earlier this year, the Navy sent warships to observe what it said were coercive Chinese activities near where a Malaysian government-chartered drillship was operating in the South China Sea, underscoring how America's maritime forces may find themselves drawn more and more directly into these kinds of disputes in the future, as well. 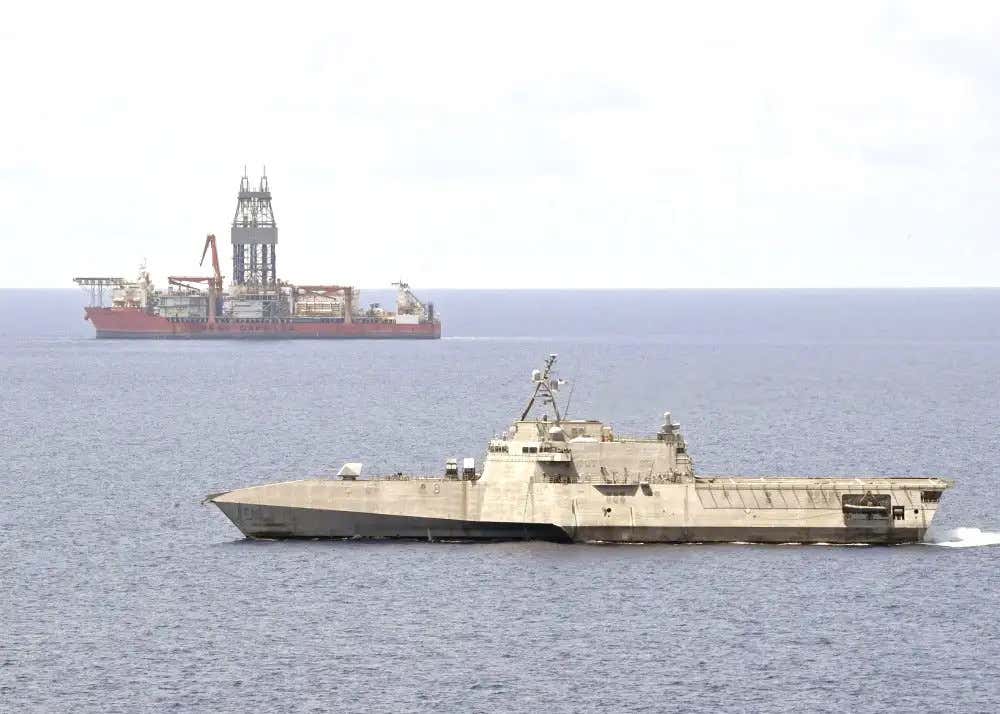 USN
The US Navy's Independence class littoral combat ship USS Gabrielle Giffords, in the foreground, sails past the drillship West Capella, operating under contract to the Malaysian government, in the South China Sea on May 12.
Less than two full pages of "Advantage at Sea" are devoted specifically to what it refers to as "day-to-day competition," but the introduction to the larger section on "Employing Naval Forces" includes mention of one of the most significant potential changes in the force posture across the three services found anywhere in the document. "Ready, forward-deployed naval forces will accept calculated tactical risks and adopt a more assertive posture in our day-to-day operations," it says.
It's not entirely clear how this policy will manifest itself in practice, but the clear indication is that the Navy, as well as the Marine Corps and the Coast Guard, are preparing to take a more defiant stand when another ship tries to "run them off the road" so to speak or an opponent's forces otherwise accost them with some kind of action, such as laser dazzling, that is just short of outright threatening. When it comes to responding to laser attacks, specifically, there were indications earlier this year of a coming change in tactical 'attitude' when the Navy's official Instagram account made a tongue-in-cheek post aimed at China saying "You don't want to play laser tag with us."

INSTAGRAM SCREENCAP
A screenshot of the Navy's "laser tag" Instagram post in February 2020.
With that in mind, the new naval strategy document also says that "we will outfit deploying assets with IFCs [intermediate force capabilities] and will factor them into requirements documents for appropriate future platforms," further defining IFCs as "scalable armaments that can deliver effects short of lethal force." These three services already employ a mix of non-lethal capabilities, including laser dazzlers and acoustic hailing devices, the latter of which also can be used to broadcast painful loud noise. The Navy is also in the midst of a major push to integrate various kinds of directed energy weapons across its fleets, some of which are designed to produce non-lethal effects, at least in part.
It's worth noting that this change in posture would likely impact how the Navy reacts to altercations with smaller adversaries, such as Iran or North Korea, as well. A swarm of small Iranian watercraft notably harassed a group of Navy and Coast Guard ships in the Persian Gulf earlier this year, prompting President Donald Trump to threaten to have the Navy respond with lethal force in future altercations. At the time, there was no indication that that either service's rules of engagement had changed.

All of this is immediately significant as it raises questions about how the risk calculus will take into account the potential for greater escalation as a result of these more assertive responses. Compared to a major conflict, which would be a high-impact, if low-probability type event, as this new tri-service document makes clear, these kinds of lower-impact altercations are increasingly routine. "Advantage at Sea" lays out a strategy for operations outside of conflict that is only likely to prompt more of this kind of friction as time goes on, too.
"Navy and Coast Guard ships conduct freedom of navigation operations globally, challenging excessive and illegal maritime claims. Coast Guard cutters and law enforcement detachments aboard Navy and allied ships exercise unique authorities to counter terrorism, weapons proliferation, transnational crime, and piracy," the tri-service strategy says. "All three services enforce sanctions through maritime interdiction operations, often as part of international task forces."
"Together with international and whole-of-government efforts, the Naval Service will detect and document our rivals’ actions that violate international law, steal resources, and infringe upon the sovereignty of other nations. We will provide evidence of malign activities to U.S. and international officials to expose this behavior and increase the reputational costs for aggressors," it continues. "Forward naval forces, leveraging our complementary law-enforcement authorities and military capabilities, will stand ready to disrupt malign activities through assertive operations. Our expanded efforts will refute the false narratives of our rivals and demonstrate the United States’ commitment to protecting the rules-based order."
The mention of "unique authorities" and "complementary law-enforcement authorities" when talking about the Coast Guard helps to underscore the value of further integrating that service in day-to-day Navy and the Marine Corps operations. The Coast Guard, while a uniformed military service, has the legal remit to carry out a host of law enforcement activities that other military personnel cannot, by law. 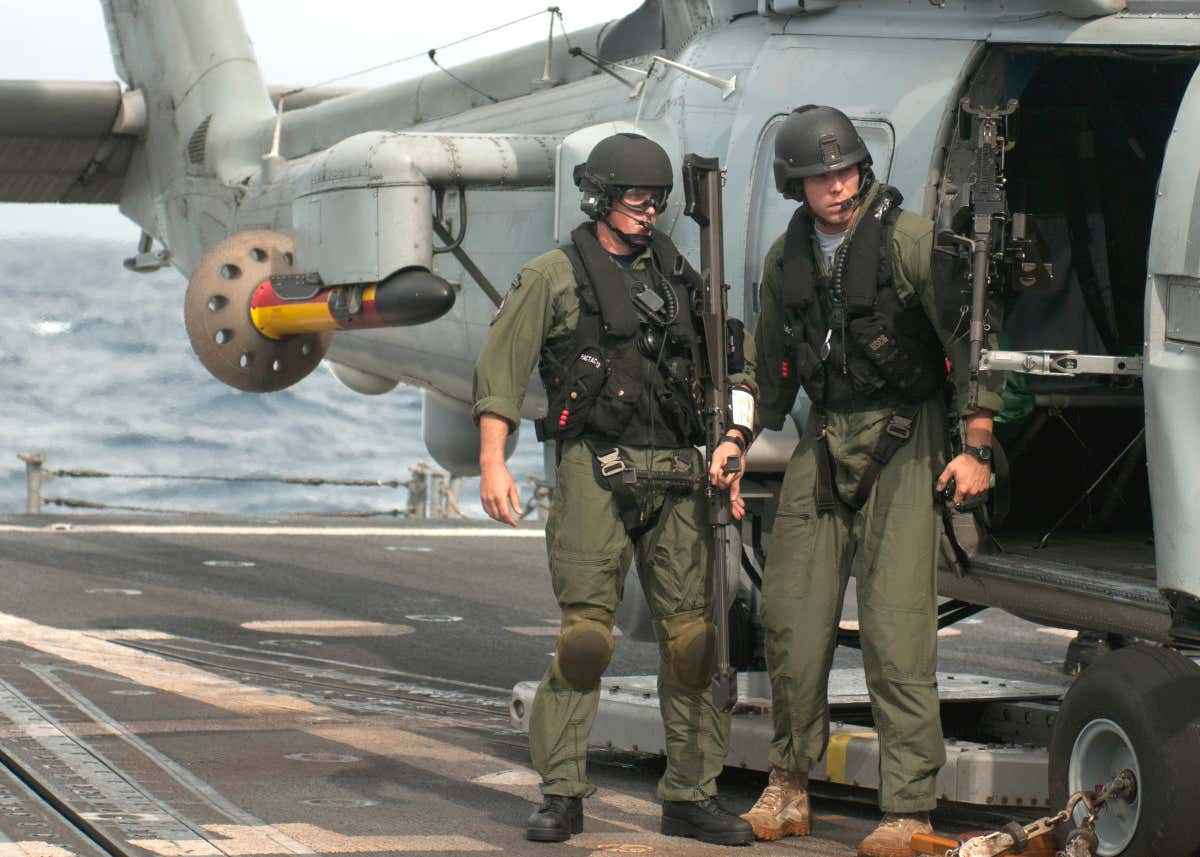 USN
Members of an embarked Coast Guard Law Enforcement Detachment (LEDET), including one with an M82 .50 caliber sniper rifle, stand next to a US Navy SH-60 Sea Hawk helicopter on the deck of the Oliver Hazard Perry class frigate USS Underwood during a counter-narcotics patrol in 2012.
None of this, of course, is to say that these three services shouldn't prepare for actual conflicts, including higher-end ones, or that they aren't. In fact, the strategy document highlights how operations outside of a traditional shooting war can help lay valuable groundwork should such a fight erupt.
"Effective competition upholds the rules-based order, denies our rivals’ use of incremental coercion, and creates the space for American diplomatic, political, economic, and technological advantages to prevail over the long term," it says. "Working alongside our allies and partners, our operations, exercises, and engagements must set the conditions for a future in which our rivals are deterred from malign behaviors and aggression—and, if deterrence fails, a future in which they are defeated."
While preparing for future major conflicts, including in the maritime domain, is certainly prudent, the most visible components of the U.S. military's new tri-service naval strategy, at least in the near term, may well be how the collective naval service responds going forward to the very real challenges it faces daily.
Нажмите для раскрытия...