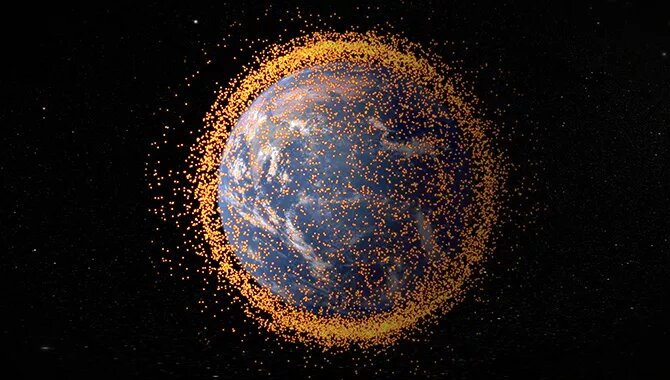 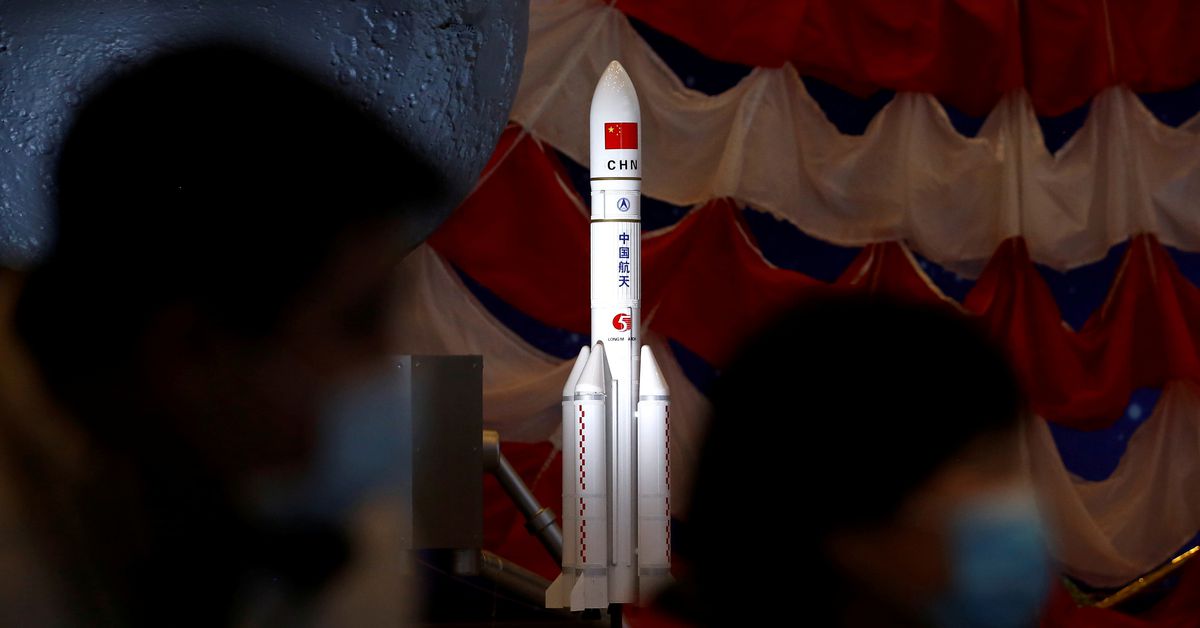 China is expected to launch its next generation of heavy-duty rockets in 2028 powerful enough to send a crewed spacecraft to the moon, the country's main space contractor said on Wednesday. 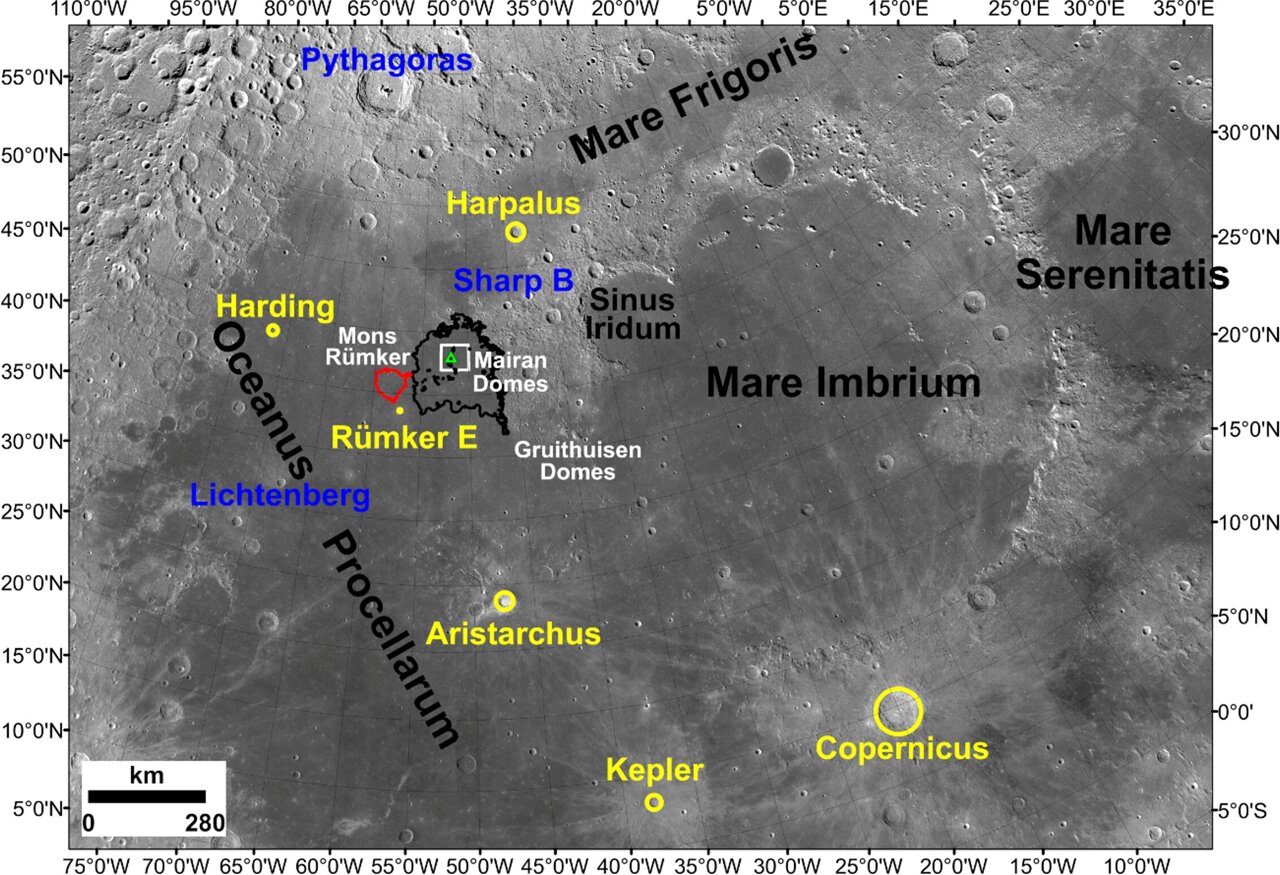 On 16 December 2020 the Chang'e-5 mission, China's first sample return mission to the Moon, successfully delivered to Earth nearly two kilograms of rocky fragments and dust from our celestial companion. Chang'e-5 landed on an area of the Moon not sampled by the NASA Apollo or the Soviet Luna...

Astronauts on Tiangong station today did a set of physics demos with students observing from classrooms: first, buoyancy was compared for a ping pong ball on earth vs in space… 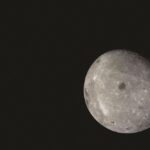 HELSINKI — China has released a new white paper outlining the centrality of space to the country’s “overall national strategy” as well as major plans for the years ahead.
Over the next five years China will seek to develop its space transportation capabilities, test new technologies, embark on exploration missions, modernize space governance, enhance innovation and boost international cooperation.
Crewed lunar landings, on-orbit servicing and work on planetary defense are all noted as key areas for research and technical breakthroughs in the coming years, the paper reveals, while also providing a measure of transparency into a largely closed off Chinese space industry.
The once-every-five-year white paper document, titled “China’s Space Program: A 2021 Perspective,” was released Jan. 28 by the State Council Information Office and notes that the global space industry has entered a “new stage of rapid development and profound transformation,” and outlines activities planned to meet new challenges and build on new capabilities.
“China’s space industry has made rapid and innovative progress,” Wu Yanhua, deputy director of the China National Space Administration, said at a Jan. 28 press conference, noting recent achievements.

Wu highlighted the completion of the Beidou navigation satellite and CHEOS high-resolution Earth observation systems, successful lunar far side and sample-return missions, beginning construction of a space station and a first interplanetary mission with Tianwen-1 as major achievements.
Exploration goals for the next five years include the launch of the Chang’e-6 lunar sample-return and the complex Chang’e-7 missions, both to the moon’s south pole, a joint asteroid sample-return, comet rendezvous mission, research and development on key technology for the Chang’e-8 lunar base precursor mission, and completing key technological research on Mars sample-return and Jupiter missions.
China will also “continue studies and research on the plan for a human lunar landing… and research key technologies to lay a foundation for exploring and developing cislunar space,” the paper states.

China is understood to be working on many of the elements needed to land astronauts on the moon, possibly around the end of the decade.
Space transportation plans include a new-generation crew launch vehicle, high-thrust solid-fuel rockets and speeding up development of heavy-lift launchers. Research into key technologies for reusable space transport systems and developing new rocket engines, combined cycle propulsion — likely related to spaceplane projects — and upper stage technologies are also cited as priorities.
China’s launch rates more than doubled, with 207 launches across 2016-2021, compared with the previous five years. While 186 of these were Long March launches — including new Long March 5, 6, 7, 8 and 11 rockets — commercial vehicles including Smart Dragon-1, Kuaizhou-1A, Hyperbola-1, Ceres-1 and others were active, illustrating the emergence of a private and commercial launch sector.

China has made progress in new technologies including very high throughput satellite telecommunication payloads, satellite-ground high-speed laser communications and electric propulsion.
The next five years in-orbit tests of new space materials, smart self-management of spacecraft, mission extension vehicles, innovative space propulsion, in-orbit servicing and studying plans for building a near-earth object defense system will be priorities.
Research into navigation-communications integration, low-orbit augmentation and other key technologies for the “next-generation Beidou” system will also be conducted.
The paper states it in order to help the international community better understand China’s space industry. It however omits the country’s space-related military capabilities and objectives.
It also makes no mention of the “satellite internet” national project and related megaconstellation nor stances on issues such as space resources. However the formulation of a national space law, understood to be under formulation, is to be sped up, the paper states.

In general terms China will, “actively participate in formulating international rules regarding outer space, and will work together with other countries to address the challenges in ensuring long-term sustainability of outer space activities,” the paper states.
A number of initiatives and projects by space actors outside of the purview of the China National Space Administration and main space contractor CASC, such as commercial plans by CASIC and space science missions under the Chinese Academy of Sciences receive only cursory mention at most.
New space science projects include the Einstein Probe, SVOM, a China-France collaboration, and gravitational wave and solar physics missions.

In an illustration of the broad role of space in China’s overall plans, it is stated the country will “intensify the integration of satellite application with the development of industries and regions,” under the overarching goal of building a “digital China”.
Other diplomatic, commercial and other objectives can be discerned through the language in the paper, with strategic initiatives like the Belt and Road noted a number of times in the text.

Unlike the four previous white papers, issued in 2000, 2006, 2011 and 2016, the new release contains six rather than five sections and no longer has separate sections for the preceding and upcoming five year periods. Instead, the sections focus on space technologies and systems, space applications, space science, and cooperation.
There is a greater emphasis on commercial activities and applications, reflecting a 2014 policy change to open up the space sector to private capital, and completion of the Beidou system.

In the field of cooperation, China calls on all countries to “carry out in-depth exchanges and cooperation in outer space on the basis of equality, mutual benefit, peaceful utilization, and inclusive development.”
“Guided by the concept of a global community of shared future, it will work actively with other countries to carry out international space exchanges and cooperation,” the white paper concludes.
Нажмите для раскрытия...