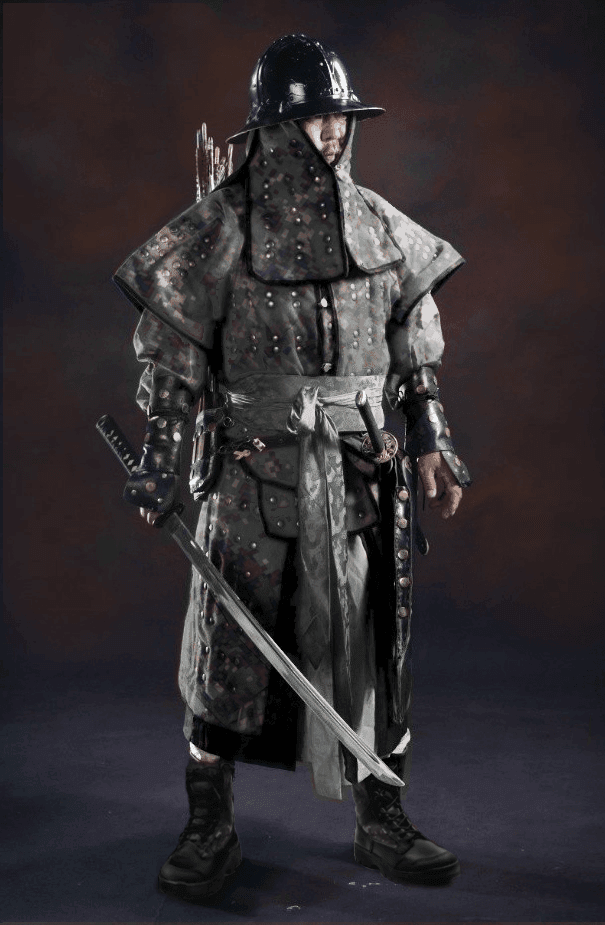 In Ancient China, gold and silver were not the prestigious materials they were in the West. Jade and bronze were more highly prized. Gold was used for decorative purposes, as inlay or coating on bronze or lacquer, and only very rarely for vessels or other independent objects.

However, in the Eastern Zhou period(771-221 BC) gold began to be increasingly used on a larger scale, though goldworking still relied to a great extent on well-established bronze technology, with ornaments and other items cast using moulds instead of beaten into shape.
This sword's handle has a conspicuous line on its sides, showing that it was probably cast in a two-piece mould. The hilt is hollowed out and both sides are decorated with a design known as 'dragon interlace'
The gold hilt is fragile, which probably made it impractical for use on a battle sword. It may have been made for display or for placing in a tomb for taking to the afterlife.
Нажмите для раскрытия... 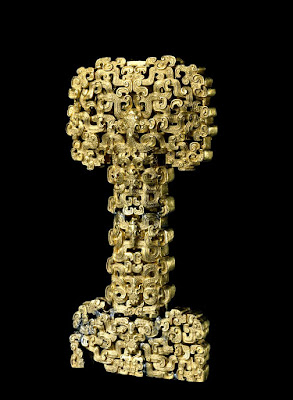 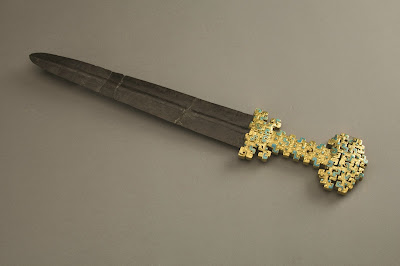