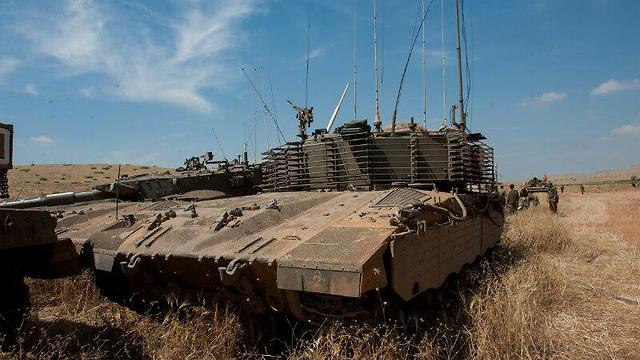 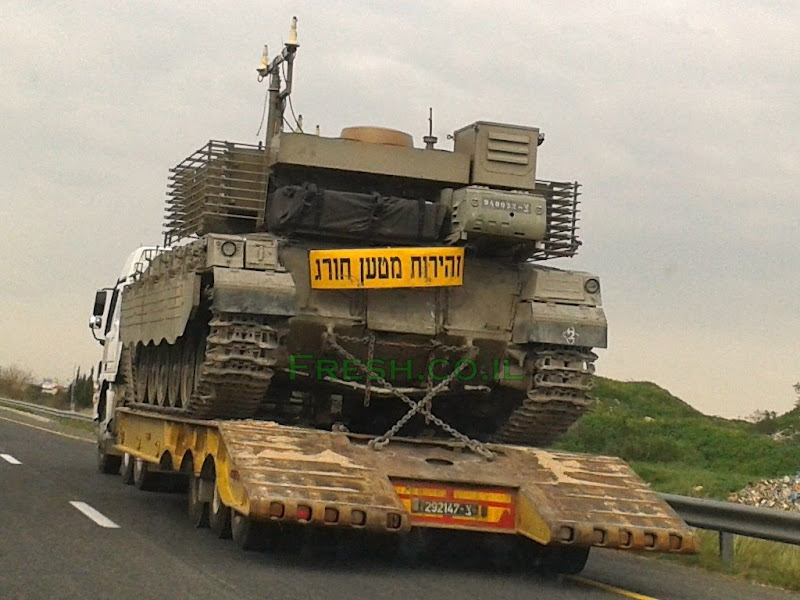 Meet the IDF's newish APC
The IDF is developing a new family of armored personnel carriers based on the hulls of old Merkava Mk.2 tanks which have been phased out, in an attempt to provide more protection at minimal cost.

About a year after seven Golani soldiers were killed after their armored personnel carrier was hit by an anti-tank missile in Gaza, the IDF has come up with a new solution to bridge the gap in heavily armored vehicles.


The new armored vehicle was first put to the test in a division-wide exercise that was held in the spring in the Jordan River valley.


The vehicle is based on a Merkava Mk.2, many of which have been phased out within the framework of the IDF's transition to the advanced Merkava Mk.4 tanks, which are now equipped with the "Trophy" active protection system. Rather than sending the tanks to junk yards, scrapping, or selling them to foreign militaries, the tanks were sent back to the military's repair yards at Tel Hashomer.


The tanks later underwent a thorough facelift; their cannons and turrets were removed, along with spaces used to store tank shells inside the hull. The result is a heavy armored personnel carrier, which outperforms the lighter M113 APC, which is currently in widespread use throughout the military.


The prototype was first fielded by the 7th Brigade's command staff in an exercise involving several units from the 36th division. The first reactions from the field were very positive, and even the Chief of Staff Gadi Eisenkott and his deputy Yair Golan, who visited the exercise, were please with the vehicle's performance.


The IDF plans to manufacture additional vehicles based on the hull of the Merkava Mk.2, of which hundreds have been phased out of active service. The military has placed an initial emphasis on supplying the vehicles to specific support forces, including medical, logistical, and rescue units.


The Merkava Mk.2s have proven themselves time and again, including during Operation Protective Edge, where the tanks avoided serious damage in light of Hamas' advanced anti-tank missiles, and the tanks' passive armor.

During the operation there were several similar experiments, as part of the IDF's attempt to provide better armored solutions. One of these experiments involved removing the turret of a "Patton" tank; however the project was not successful. "The APC provides us with protection, enhanced mobility and speed," the commander of 7th armored brigade told ynet.


An officer involved in the project added, "Instead of scrapping the tanks, we repurposed them, including enhancing their human engineering in cooperation with soldiers who described their needs to us. As of today, we are developing a family of new APC's, which will also help evacuate wounded soldiers more efficiently. We built a rear ramp, we expanded the internal crew space, and added a new air conditioning system – at little cost, and based on parts we had on hand."
Нажмите для раскрытия...