There is a lot of questions about upgrading the T-72M4 CZ tanks. The most actual one is that the Ministry of Defense, checking the planned orders, finds that the estimated price for upgrading thirty tanks does not match the actual price, and the scenario known from the acquisition of VERA NG systems or STARKOM jammers, could be repeated again. However, this is by no means the only problem of the intention to modernize existing Czech tanks. Officially, T-72M4 CZ are planned to bridge the time before we purchase new tanks, and then they will be used with the Active Reserve. But at what price and in what time horizons?

The first problem of the planned modernization of the T-72M4 CZ main battle tanks is that so far there is basically only the purpose of modernization which is known, but the individual solutions need to be developed first. Yet the official timetable for the acquisition of new tanks, and thus the "bridging the time" purpose of upgrading existing ones, does not have much time: in April 2021 specifications for new tanks are to be complete, in 2023 the signature of contract is expected, in 2024 tests are to be run, and in 2026-2028 the vehicles are to be delivered to the Army. This is due, among other things, to the commitment to modernize the 7th Mechanized Brigade and its involvement in NATO structures within the "NATO framework concept". Incidentally, this modernization also includes an even more pressing and complex acquisition project: the tracked Infantry Fighting Vehicle.

See also: Czech IFV tender: PUMA withdrawn from the competition. Another blow for the criticized tender

And if we take the year 2026 seriously, only six years remain to upgrade the T-72M4 CZ, which is roughly the time it took to only develop the current variant in the 1990s. The development will take some time, testing will follow, and in the end we may see that modernized old tanks actually do not bridge anything, because they will be put into operation late, after 2026.

Modernization of the T-72M4 CZ tanks will deal primarily with three areas: 1) gunner’s and commander’s aiming system, which are directly linked to the fire control system, 2) communication and information systems and 3) propulsion. Yet the limits of the T-72’s construction, which arose from the Soviet tank school in the 1970s, based more on quantity than quality, are obvious. Little can be done with the chassis, because major changes to the chassis would mean de facto development of a new tank. Russia, Ukraine and neighboring Poland have rich experience with tank modernization in this category. Russia has experience in development, deployment and export. On the basis of the T-72 even the modern T-90 exists, but neither those do reach the parameters of tanks of latest generation, which is indirectly confirmed by the significantly different T-14 Armata tank.

Even details not very dependent on the overall design of the tank as a fire control system are nothing easy. Today it is necessary to have a system capable of searching for targets, conducting fire, tracking multiple targets simultaneously. These are “Situational Awareness and Hunter & Killer” skills. These are project requirements that must be addressed by teams of experienced experts. It is costly, and the question remains, how economical is this intention when it comes to upgrading thirty tanks - the unit price will be astronomical. This brings us to the problematic role and potential of the state-owned VOP CZ enterprise, which was awarded the contract worth nearly one billion Crowns last year - and today the Ministry says the price actually is too low (compared to the needs of the project); the contract has not been signed yet.

Modern instruments to be integrated into the T-72M4 CZ certainly have different dimensions than the old ones. In addition, there is no obvious reason for the MoD to purchase instruments using an exemption from the law, ie outside the classic tender. Depending on who wins the tender, project documentation for the installation of the devices into the vehicle turret must be prepared. The time horizon of completion of the modernization of the T-72M4 CZ can be very remote. And if it is necessary to intervene in the construction of the turret, troop tests and tests of ballistic resistance should be carried out, which would last long and it is expensive.

VOP CZ, the author of the technically well-designed modernization from the 1990s, inevitably loses and may have already lost the ability to come up with a progressive and effective solution in this area. It would be very strange if an enterprise, which has been in a long-term loss and mainly engaged in maintenance contracts or non-military production, had the necessary teams of experts to develop large-scale technologically advanced weapons in line with current trends. Some of those who participated in the original T-72 upgrade are no longer active, some went to more promising companies and some are already in retirement age. In 2015, 2016 and 2017, the company repaired 1 (one) tank each year (repaired, which is, of course, quite different from the development of new technologies). Maintaining professionally capable capacities under these conditions would not only be extremely expensive, but actually incomprehensible. This is due to the earlier neglect of the country's defence capabilities, the development of the Armed Forces, their excessive reduction, underfunding, and thus the loss of development and maintenance capacities. Now we are paying these debts and we will pay much more. Indeed, 94% of the production of the "Military Repair Company" (which is that the VOP CZ stands for) goes to the civilian sector today.

If the Army had not one tank battalion (three companies), but tens or even hundreds of tanks, their further modernization would be inevitable, it would make economic sense, and it would also be feasible, because such a force would naturally maintain the domestic arms industry in its field of know-how. But the Army has just three companies (and two-thirds of its tanks are inoperable). And neighboring countries, which are better off in these respects (Poland with hundreds of its PT-91), also focus rather on the acquisition of modern vehicles than on the modernization of Soviet tanks. Poland already operates Leopard 2, so does Hungary.

With a low number of upgraded tanks, not only does the unit cost of developing and applying new technologies grow, but also the subsequent maintenance is expensive. Inevitably, there will not be enough spare parts (and they will be expensive too), and in the final, we will be witnessing the current state of affairs in a few years again: within the units, immobile tanks will be cannibalized to keep the mobile vehicles operative as long as possible. Suppliers are not interested in maintaining production lines for such an economically inefficient unit. Moreover, such tanks will be unsalable (except perhaps to museums), because who would buy thirty (or less) tanks offering maybe interesting technical solutions, but unique in the world. Any potential customer will always prefer a mass-produced tank with massive spare parts availability and rational costs.

The brand new Leopard 2 is priced at about eight million US dollars. The value of the modernization of the T-72M4 CZ (the current modernization, almost one billion) could cover five Leopards. And because these tanks are counted for Active Reserve, we could very well buy older versions, which still overcome the T-72M4 CZ, and above all share a significant part of maintenance logistics with tanks that the Czech Army will purchase for professional units. With the money for which we could get modern tanks deployed by NATO armies in thousands, we will repair thirty old tanks and postpone their scrapping for a few years.

See also: Tank Leopard 2: The best choice for the Czech army, other options are just a makeweight

The selection of new tanks is due to start in a year by creating the project team. And because the need to acquire new tanks is urgent, and due to the above-mentioned lack of capacity, and in the knowledge that in the Czech Republic it is a rule that absolutely unexpected difficulties, delays, extra costs, economic decline will occur, it is more than likely that in the final, the army will acquire new Leopards (or another modern tank maybe), but the "bridging" modernization would not have been completed yet, perhaps it would not even really begin. Then the modernized tanks would serve with the Active Reserve, which today operates the original T-72M1, and the world would probably not collapse if they used them untill they get modern tanks, such as Leopards.

And we cannot but repeat that Leopard 2 is the only sensible solution. In all respects: economy of operation, system compatibility and maintenance logistics with the closest allies / neighbors with whom the 7th Brigade will be deployed in close ties. The tank is still being produced and the number of pieces deployed all around us is a guarantee that it will be taken care of by the manufacturer for decades. And with professional background, experience and prices that the VOP CZ in its situation (which of course the company is not to be blamed for) really can not offer.
Нажмите для раскрытия... 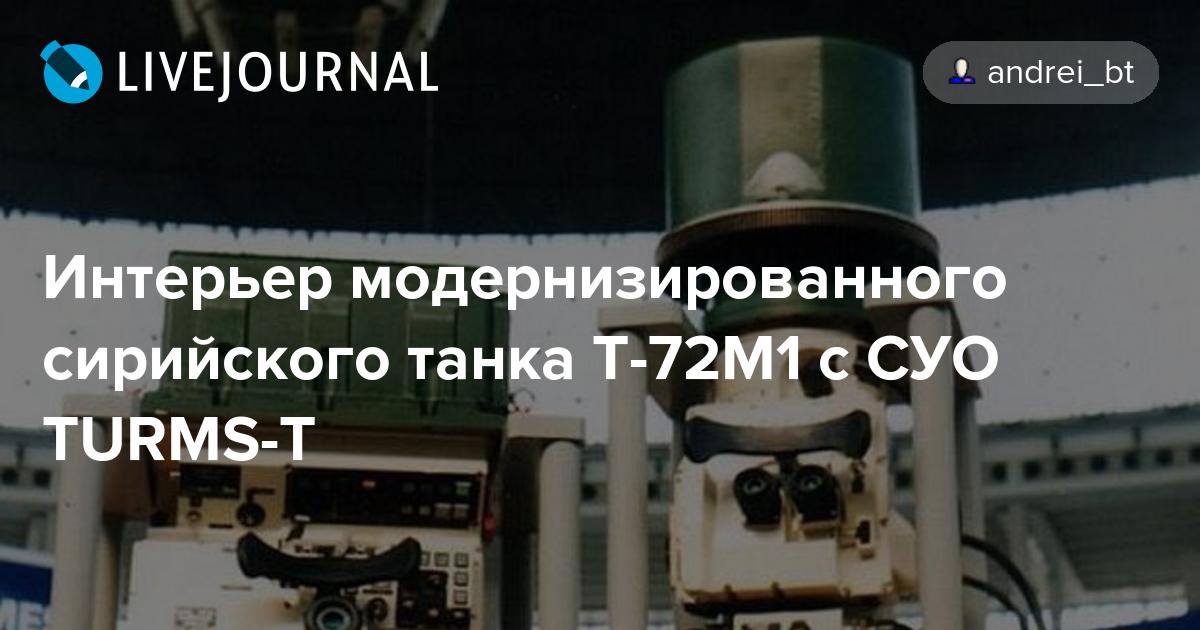 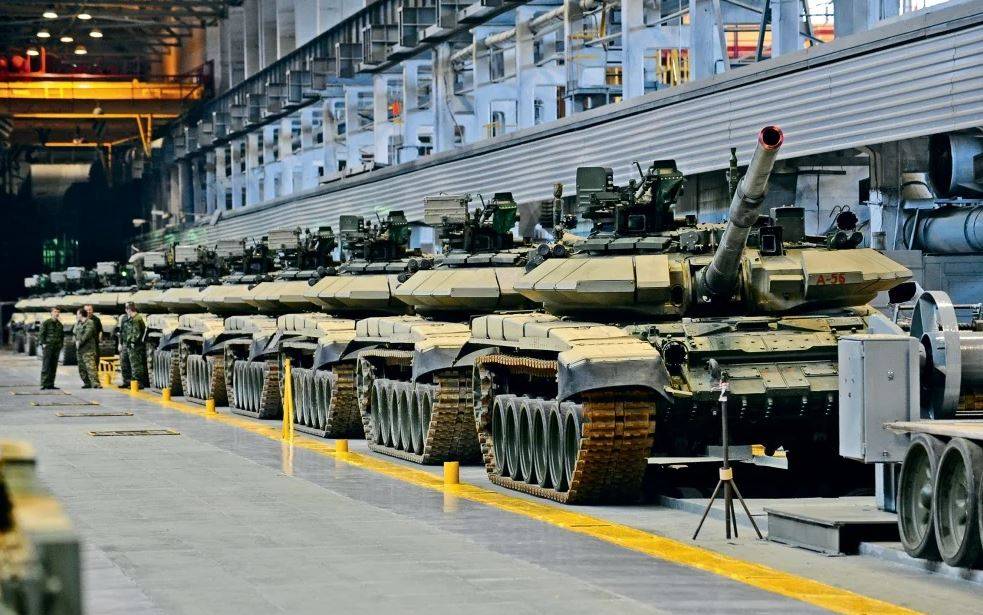 The war waged by Azerbaijan against the Nagorno-Karabagh enclave supported by Armenia has already seen a sigificant number of military and civilian casualties. This enclave is claimed by both Armenia and Azerbaijan.
www.armyrecognition.com

Confirmed Armenian losses at the hands of Azerbaijani loitering munitions are four T-72 MBTs (including the first confirmed loss of a T-72B), one BMP and the first confirmed SPG casualty: 1 152mm 2S3 Akatsiya self-propelled howitzer. Later, the loss of a first T-72AV has been confirmed, for a total of 15 tanks confirmed to have been lost by the Armenians so far. Azerbaijani forces have lost 13 tanks, but more Infantry Fighting Vehicles (Azerbaijan: 12, Armenia: 5). These figures will obviously increase.
Нажмите для раскрытия...

The war waged by Azerbaijan against the Nagorno-Karabagh enclave supported by Armenia has already seen a sigificant number of military and civilian casualties. This enclave is claimed by both Armenia and Azerbaijan.
www.armyrecognition.com